“Le Grand Concours” is a French event in the form of a 60 minute national test, designed, written, financed and disseminated by the members of the American Association of Teachers of French. Its purpose is to help stimulate further interest in the teaching and learning of French and to help identify and reward on the part of both students and teachers.

All students of French  from grade Kindergarden through senior high school, are elligible. In addition, students studying French on overseas campuses, with a private tutor of any formal classroom instruction in French, or via home-schooling, are all eligible to compete for awards.

FLES  ( Foreign Language in Elementary School) is any foreign language instruction for children in grade 1 through 6. There is no specific text or method imposed. 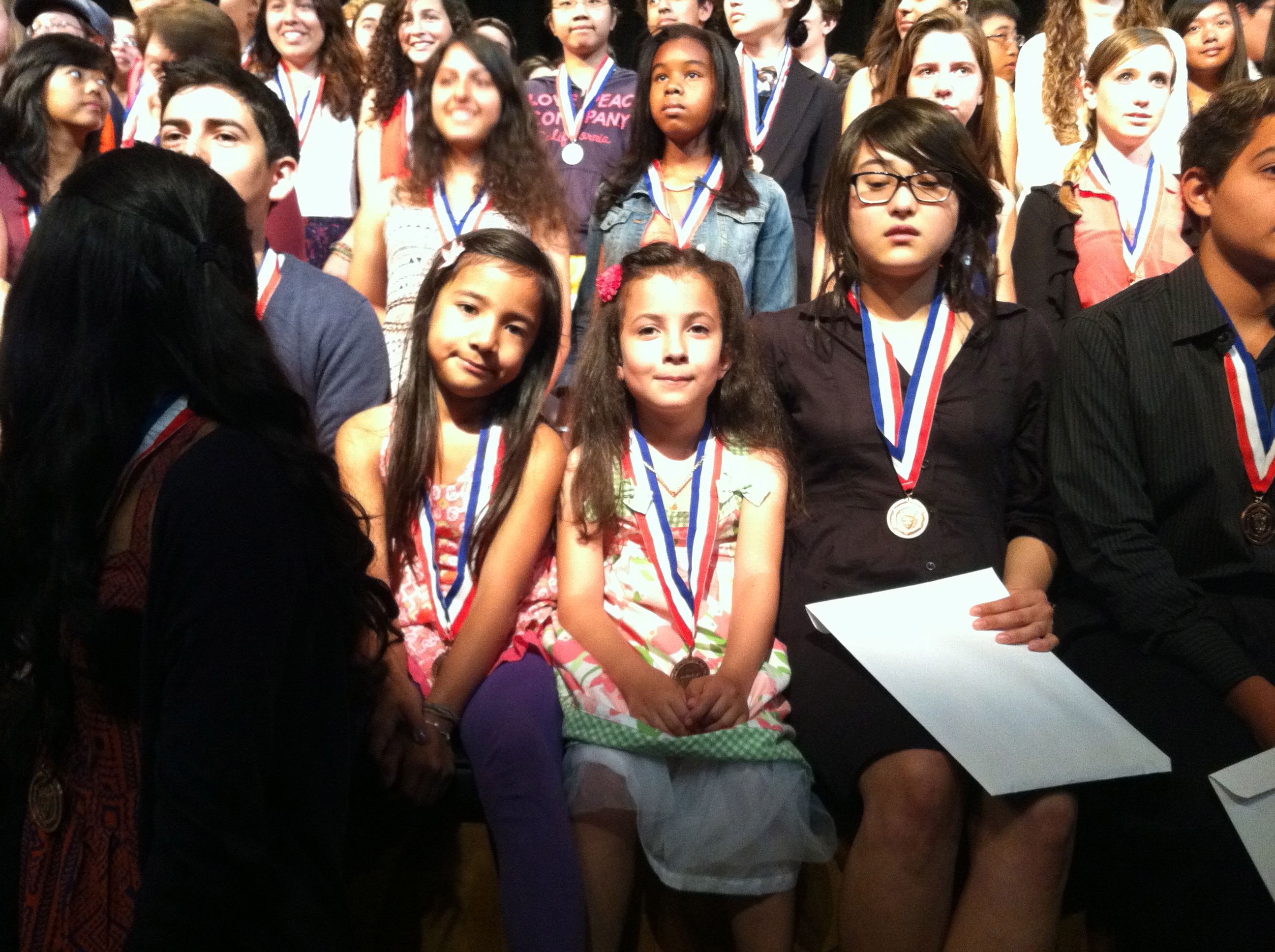 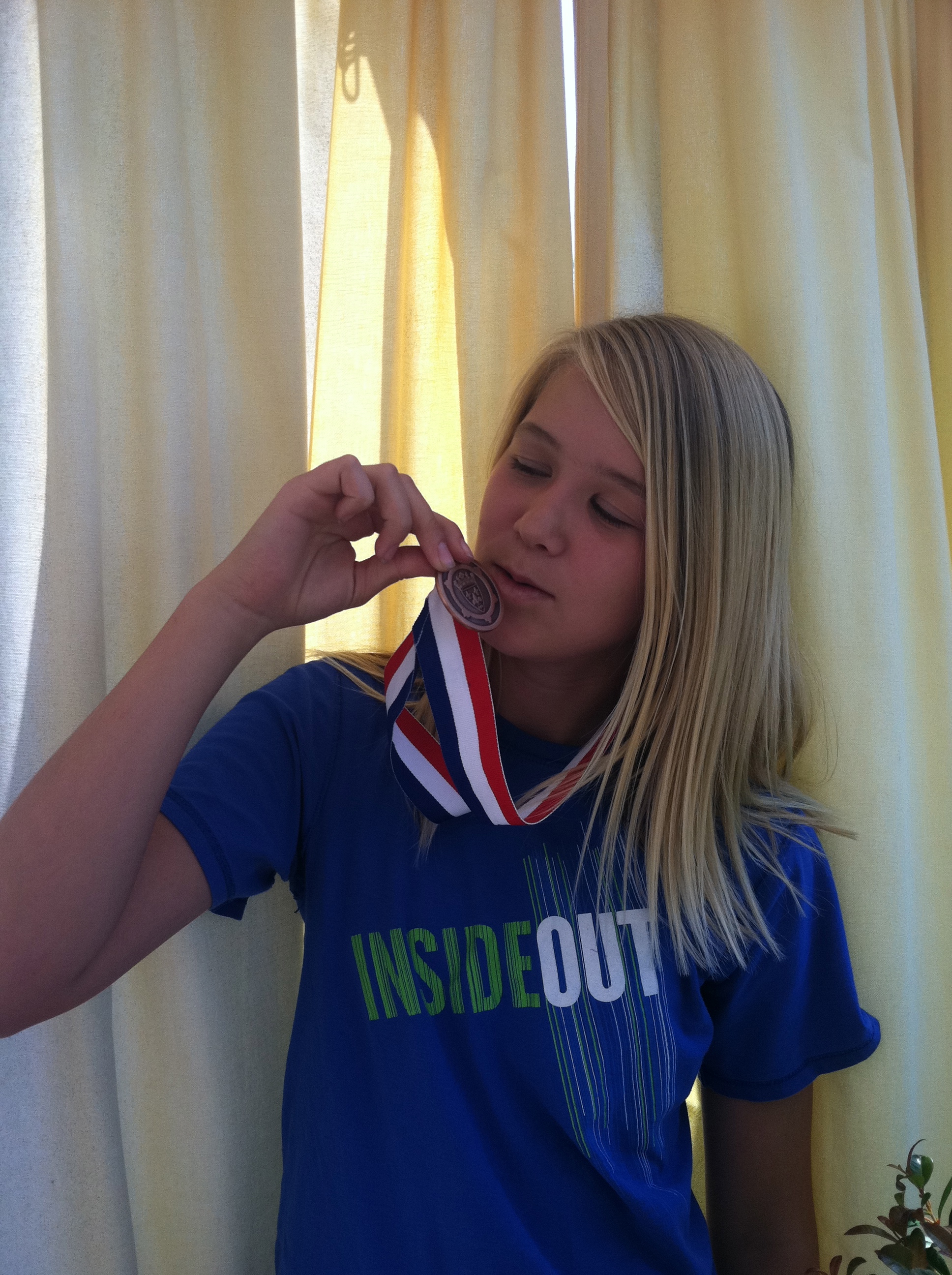 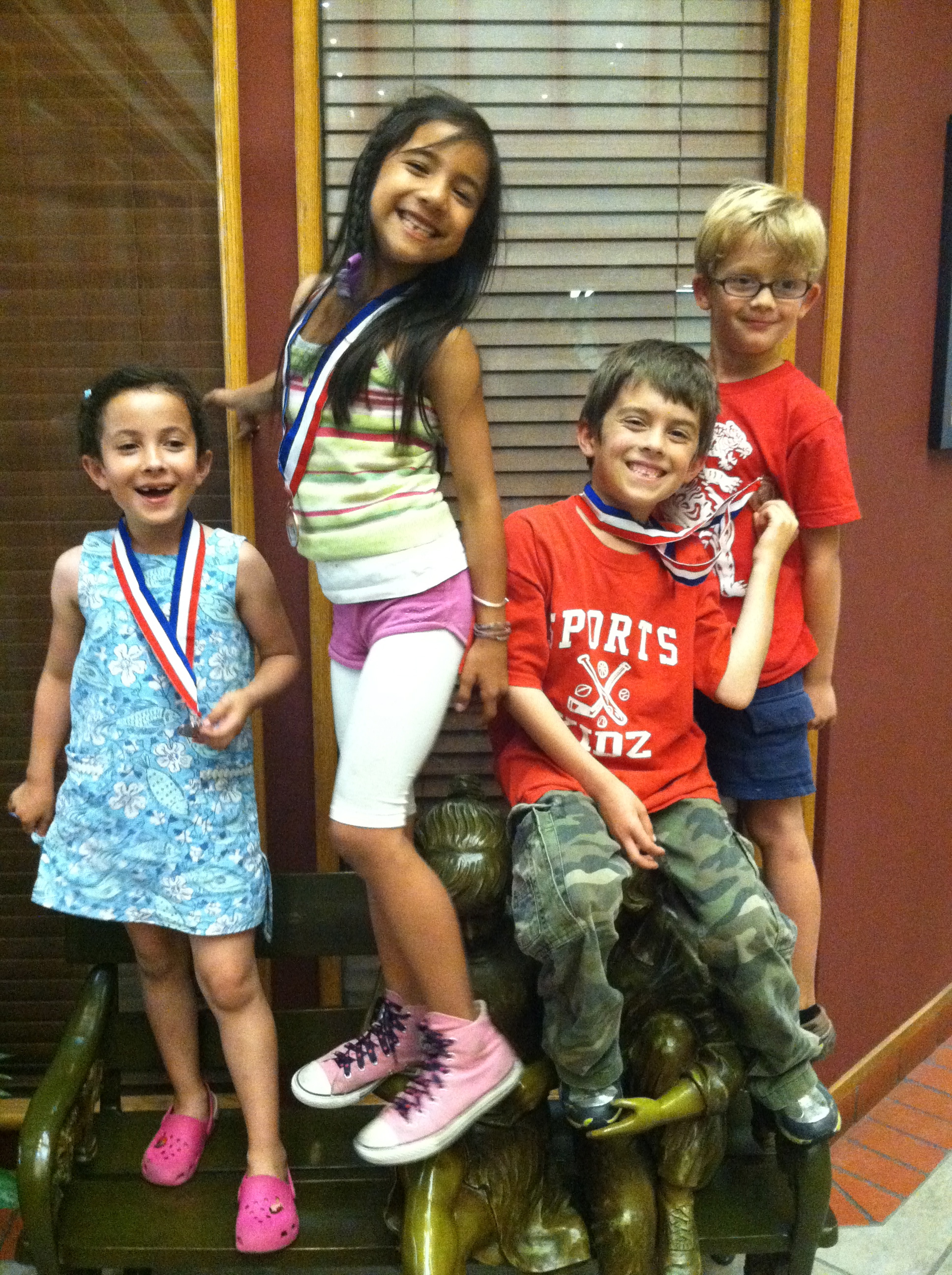 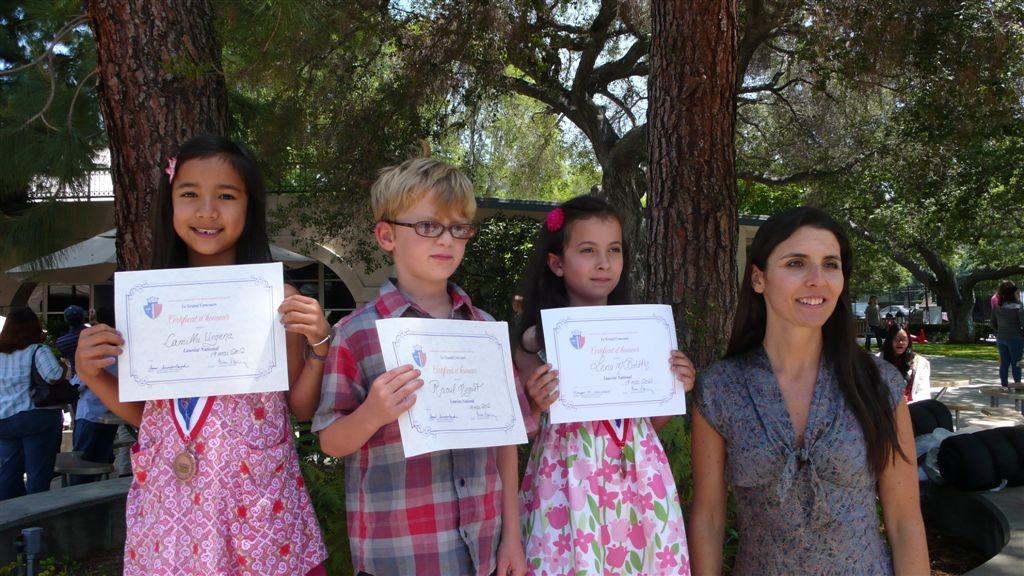 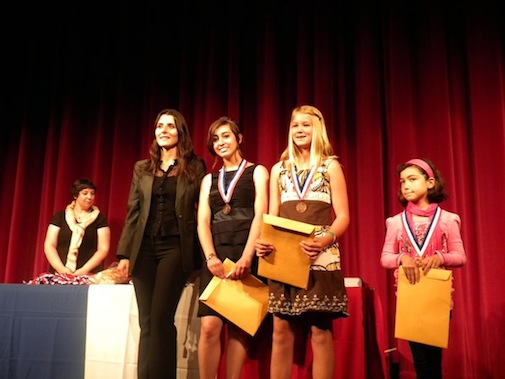 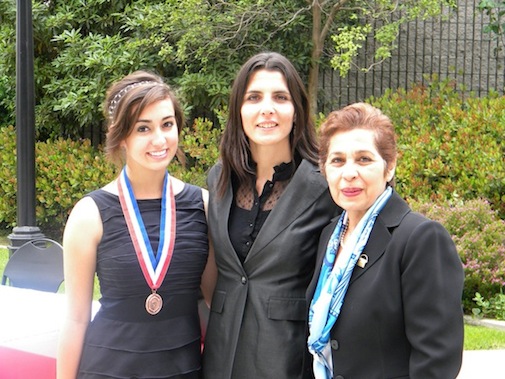 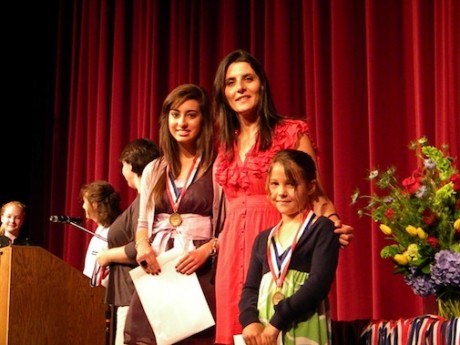 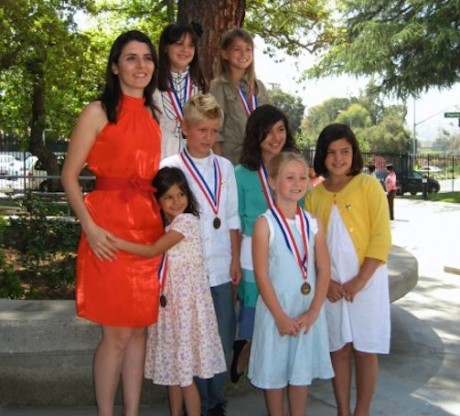 Chloe, Sidney, Shelby, Caelum, Shayanne and Atalia were all national winners in 2009; their achievement at the National French contest was recognized at Flintridge College Prep in La Canada, California where they received  medals and certificates. Shelby (top row on the right hand side) ranked 2nd in the nation in her category. 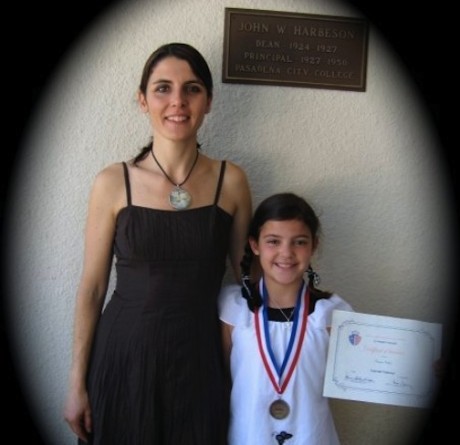 Evanne a second grader was one of the National French Contest winners 2008. She placed 5th nationally in her category  becoming the youngest winner in Southern California. Evanne is a non-native speaker whose  parents speak no other languages besides English.
She received her  medal at Pasadena City College.